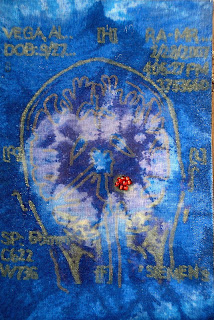 My reaction time is fast. Whenever someone speaks to me, my brain prepares for an attack. Anger, fear, sadness, and rejection rise to the surface. The thoughts that fire rapidly across synapses are the articulation of these emotions. Having grown up in a house where words were sacred, I find it difficult to refute these irrational thoughts.

During the most recent presidential debate, I yelled at the television. NOOOOO! It was only 5 minutes into the program. My husband made me turn it off since it was too upsetting. I talked to my cognitive therapist about the event. I was angry at the moderator because she had promised to make sure the rules were followed and the questions were answered. She buckled so quickly and I was furious.

The election makes me worry about my future. I worry about money and health care and injustice and corruption and pharmaceutical companies and my daughter and clean water and the list goes on and on. My cognitive therapist asked me if I could trust that things would be okay, that the people would be smart enough to make the right decisions. No way, I replied. Trust is a big deal. History has shown me that I am the only reliable place to put any trust whatsoever. I guess it is one of those hot button words.

Imagine, on the other hand, I can do. I survived made it through my childhood by using fantasy to escape. As an adult, I worked hard to be grounded because I had more control. A job with insurance, a savings account, a mortgage, no credit card debt. These were all the ways I built a fortress of security so I would not be afraid. And now? With the future so bleak and my castle in ruins, I will retreat once again into the land of make believe. Can I imagine a serene and comfortable future? Yes, I can see it and that will have to do for now.

Recovering from a Brain Injury

I am exhausted but...
I can not sleep

My thoughts are here but...
I can not think clearly


My words are many but...
I can not speak


I can hear everything but...
I have to cover my ears


I get hungry but...
nothing tastes the same


I can stand still but...
I can not stop my world from spinning


I feel so all alone but...
I am surrounded by LOVE

Saturday, September 29th was the one-year anniversary of the New York City Chapter of the Brain Injury Association of New York State. A large turnout made for a great party. It started with warm words, then delicious food, good friends, and a variety show. The work that made it such a successful event was apparent and yet, there were our chapter leaders hustling about cheerfully. Any doubts I had about having chapter leaders with brain injuries have been completely put to rest. I was majorly impressed.

I probably could have done more. I did recruit two friends, A.P.  and A.B., to join me in singing my parody song "because I gotta TBI." It was a big hit. There were a few actually talented singers like A.B. and P. who put their heart and soul into it. The stand-up comedian got a chilly reception when he heckled the brain-injured couple in the front of the room that talked during his set.

A month ago at our last chapter meeting, I sat next to A.B. Towards the end, I felt myself getting tired and overwhelmed. This is a sign that it is time to leave but I always think, "Oh, I'll be fine, this time." And then BIDDLE-DEE-OOP, I kick a stranger in the pharmacy line (true story). Anyway, as the meeting was wrapping up, A.B quietly hushed me and said I was such a bitch. I knew she was kidding but I still felt bad. I chalked it up to BI impulsivity and laughed, too. The difference was she said it a few times. It started to sting and it stuck in my thoughts.

At the party we all sat together to eat and chat. A.B. told my daughter that I was "something else" and recapped what happened at the chapter meeting. It was like I was hearing it for the first time. I had no memory of what preceded her calling me a bitch. A woman at the meeting kept interrupting with the same suggestion over and over again and was only appeased when her name was written down to help plan the Anniversary Party. As the meeting was ending, the same woman made a suggestion that there should be a party planning committee. Apparently, I said under my breath, for fuck's sake, you just volunteered for that.

I did not remember what had prompted A.B. to call me a bitch. I remembered being tired, irritated, snippy, but not exactly what I had said that was bitchy. I got it.

A second example of my dart-like tongue came up a few minutes later. R. sat down with us and I apologized to him for the third time. At a support group, A.B. was sharing about her engagement "bling" and how she couldn't get herself to take it off. Her brain injury was the result of a car accident. Waking from a six-week coma, she found that her husband of one year was killed when a truck jumped the barrier and hit them head on. Suggestions were offered, crosstalk ensued, someone brought up The Titanic and ring throwing and in that thread I mentioned my S.I. losing his wedding band while we were snorkeling. Unrealistically, I still look for it every time I am in Turks and Caicos.

Maybe, R. said, he threw it away on purpose. Zing. Fuck you, I said. He immediately said sorry and that he was just joking. I also said sorry because I knew that. After the meeting he apologized again, saying that sometimes things came out of his mouth before he could stop them. Duh, me too. Then I apologized again. So at the anniversary party I checked in with him and said sorry number 3. Later, our support group leader pulled me aside to make sure I was not upset with her. I couldn't imagine why she was asking. She said during the meeting while A.B. was sharing she tried to move things along and she thought I might have felt rushed and lashed out. No, I clarified, I was talking to R. I repeated the whole exchange. A.P. who was listening admitted that he, too, thought I was talking to him. The entire left side of the room probably thought my F.U. was aimed at them. What a mess.

My take-away from the party was a sense that I need to take responsibility for the distance I create between myself and others. In some ways, I am still that 18-year-old girl at college scowling in my giant men’s overcoat from the thrift store. Still my father's daughter, I would not  conform and smile, nor exchange fake pleasantries because society said I should. Alone, I carried my tray through the cafeteria looking at the groups of people talking and eating together, all the while wondering: Why doesn't anyone want to be friends with me?

It is not too late to change. I have good friends, new and old. At the anniversary party, many people bravely stood up to sing. One person spontaneously wrote a poem and shared. One man sang a medley of songs improvising as he went along.

Winter, spring, summer and fall
All you got to do is call
And I'll be there
Cause you've got a friend

I love that line and it really stuck with me. Falling is not an opportunity to test my friendships. I will pick myself up. So, there you have it.